Graduating Seniors found their Dream - A first in a series 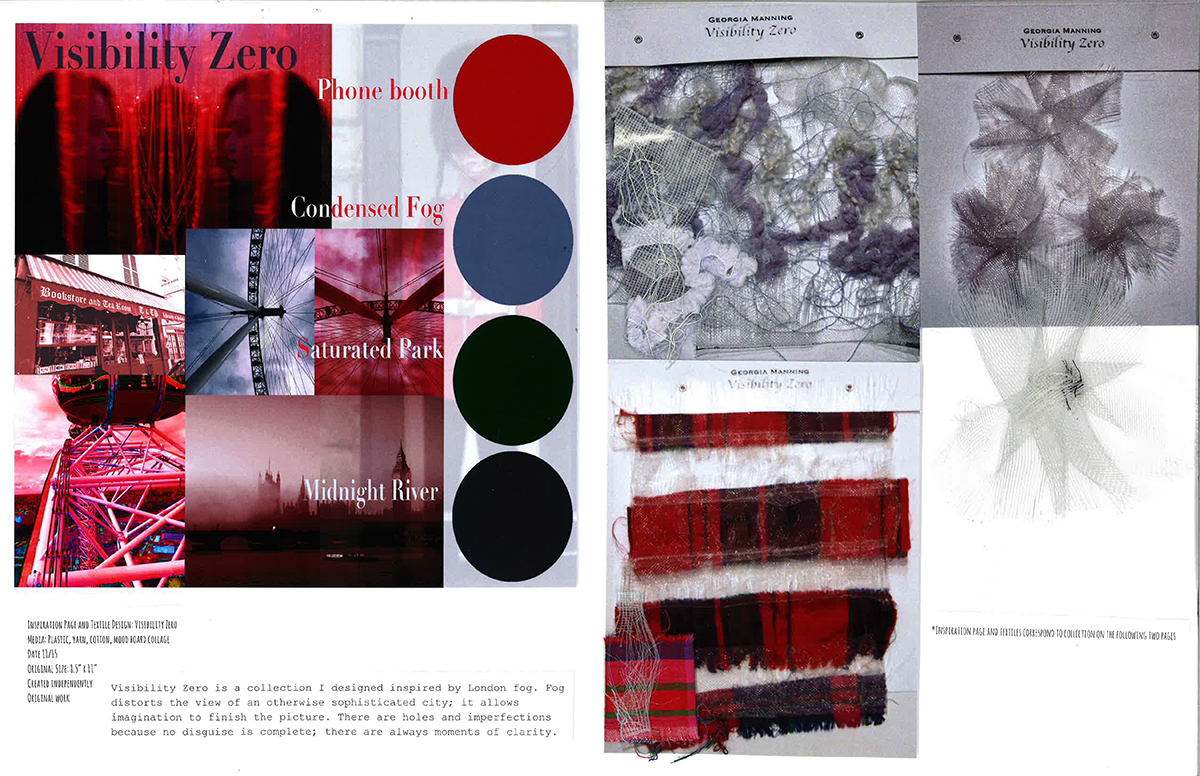 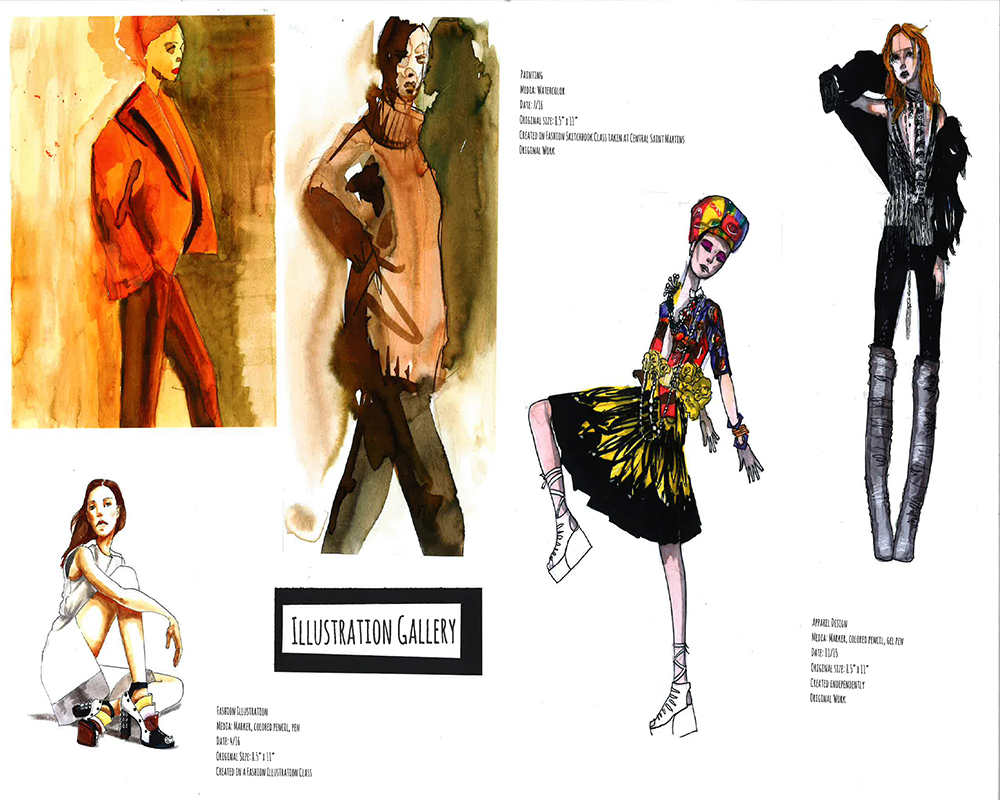 This is part of a series on the graduating seniors in the Junior Fashion Design Academy at New England Fashion + Design Association, as well as students who will be attending college programs this year.

Georgia ankle-high boots, with their thick, black laces, chunky heels and shimmering, holographic effects are impossible to miss. She looks down and smiles. "I tend to get immersed in my collection and it starts showing up in everything," she says.

For the past five years, Georgia has been a steady presence at the New England Fashion+Design Association, having honed her sewing, drawing and design skills through courses and, most recently, the school's Junior Fashion Design Academy, which is an incubator for young, aspiring designers.

This high school senior has built up a diverse inventory of collections, such as the recent one inspired by holographic and metallic materials, as well as the one she was designing on a recent evening at the school's South Norwalk studios.

All of them have their challenges.

"I had to figure out how to draw iridescent fabric," she says of an integral obstacle she had in making designs for such shimmery fabric. "How do you capture the light? How do you capture the way it looks?" It's clear she managed to overcome it when she shows a photo of an overall's dress she made.

Her newest creations are taking shape beneath her hands as her fingers sketch out illustrations with markers and gel pens, some in a mod style. This grouping has the wild and colorful world of fungi to thank for its existence. "I started looking at all these crazy mushrooms, all these different species, and they started to inspire all these psychedelic patterns, which was one element of it, but there is also the element of nature."

Purples, pinks, oranges, reds and blues color crafty constructions, such as a trapeze dress with a peek-a-boo underside that resembles the gills of a mushroom. An overlay to an elegant gown has more in common with the honeycomb cap of a morel mushroom than it does with lace. Flattened mushroom caps become a cascade of design along one leg of dress pants.

Georgia has long had an abiding interest and fascination with fabrics. She says it was her mother who encouraged her to find a skill that would allow her to work with it and create. "I started in third grade, and in eighth grade I found Irina."

Irina Simeonova, who founded the academy 10 years ago, has been a mentor and teacher to Georgia. Georgia believes that the academy work will give her steady grounding for what will come next. Later this year, she is headed to Cornell University to study fashion design.

In addition to the fundamentals, she says the academy has helped on a more intrinsic level in terms of how she perceives the world, and, in turn is inspired by it for her work - it's a way to absorb the essence of a particular object, thought, feeling, smell, experience, etc., and transform that into art that reflects the inspiration and one's own creative process. "There is this concept of seeing things abstractly and not as concrete objects. It's a whole way of seeing things and finding inspiration in abstracts that I don't think I would have done on my own. It's about gaining a new perspective."

She is still largely drawn to fabric first, often letting the "fabric decide what thing I want to make." But, she is excited to see where her journey will take her.

"I want to do this as a career. What I love about it is that it is not something repetitive, it's always changing." 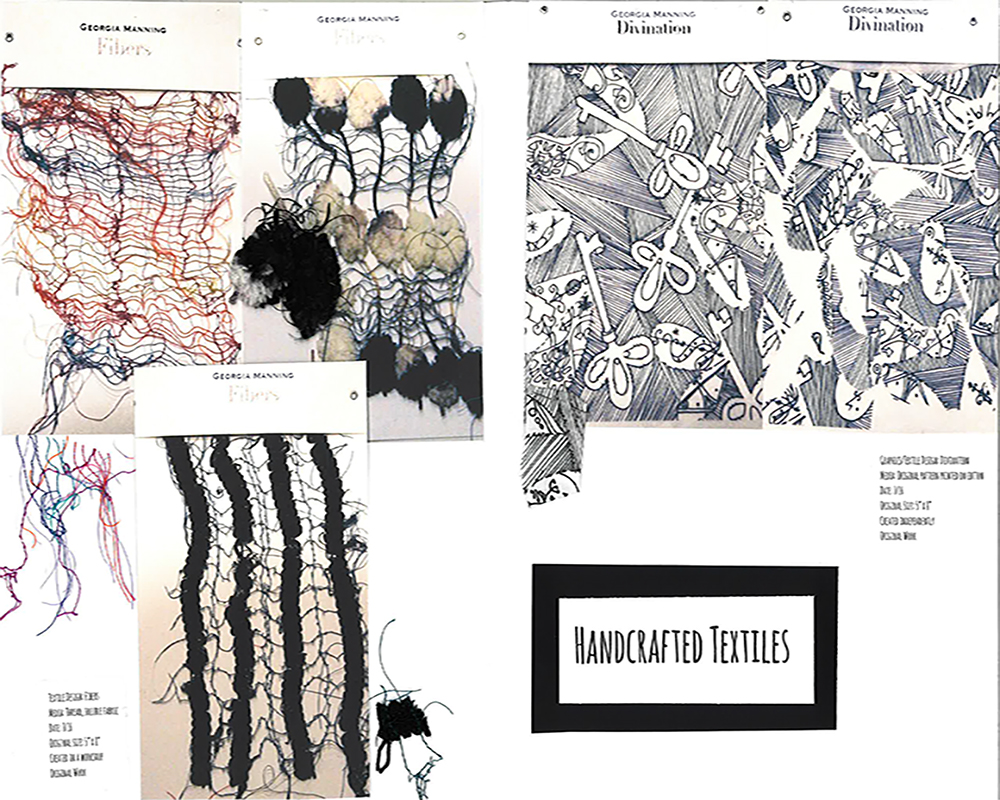